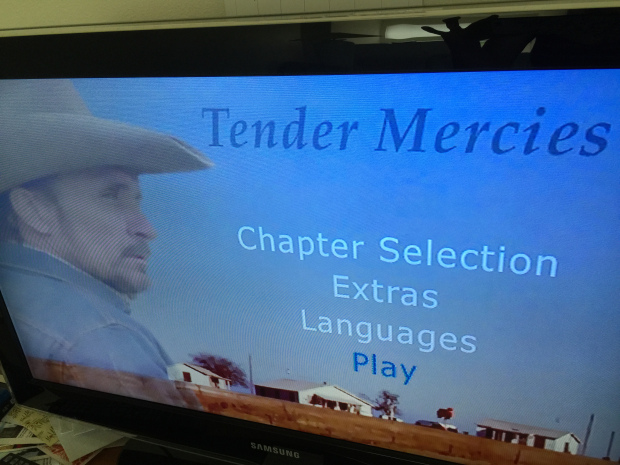 Last winter I read Robert McKee’s Story for the first time. After that, Ron and I took a different approach to watching movies. We used to hit pause only for bathroom breaks. But now after the first ten minutes of a movie we take a moment to ask each other, “What was the inciting incident?” Later we might stop to discuss how characters used exposition (the information the audience needs to know to follow the story) as “ammunition” to get what they wanted. Or consider where a scene “turned.” Or analyze the “value” of the second act climax–and use that to predict the final act’s climax.

All this might sound very strange. How does weird terminology relate to better writing? Well, the argument isn’t that every book should be a movie. Or that every movie has something to teach you about writing. But the analysis of great movies is to learning how to write better books what the analysis of amazing restaurant food is to learning how to be a better cook. It shows you myriad possibilities. It shocks you out of your comfort zone. It underscores universal truths. It teaches you new combinations that your heart knows were made for each other. McKee writes on the first page, “Story is about eternal, universal forms, not formulas.” There’s no one way to write a romance, thriller, or quirky memoir. But there are techniques that you can learn to boil your story down to its essence.

Great movies become more vivid, more intriguing, and more absorbing through the process of taking them apart. And can you think of a better way to improve your writing? Just think: “Sorry. I can’t do my taxes tonight. It’s critical to my writing success that I spend the next two hours watching Paul Newman in The Verdict.” It’s like the doctor saying you have to eat ice cream and cookies to lower your cholesterol. Shucks. Really? Are you going to force me to do that?

The first movie we watched this way was Kramer versus Kramer. Our focus for that film was scenes turning: how the emotional tenor of a scene changes from beginning to end. The McKee goal is to have every scene turn, to have every scene move the story forward by perceptibly changing the condition of a character’s life. Doing this consistently creates the film equivalent of a page turner. And watch out. Page turner movies are exhausting. Ron and I both had to get up and walk around for a little in the middle of Kramer versus Kramer. Every scene turned. What a roller coaster ride!

Right now we’re watching movies McKee considers “redemption plots.” Last week was Big, which taught us that redemption can be funny and that more than one character can be redeemed. A few nights ago was The Remains of the Day, which taught us the frustrating and painful lesson that not everyone can be redeemed, even when he wants to be, even when the means of redemption takes him by the hand, pulls him to the door of paradise, and begs, on her knees and crying, that he take just one more step.

I’ve read a number of books on how to write well. Ron’s read a ton more. But there’s no book we’ve found that addresses the fundamental elements of story creation better than McKee’s. To continue our education, we have Tender Mercies lined up next. McKee loves that movie. That makes me nervous. I have the feeling it’s going to be an exhausting night. What’s the book or movie that taught you the most about writing?

**Friend me on Facebook and sign up for the Wild at Heart series newsletter for book news, special updates, giveaways, and more!**